Based on older open-reel magnetic audio, ¼” reel-to-reel tapes were the popular audio recording source of the 1940s-1960s.

Professionals, radio stations, and consumers began using reel-to-reels for their audio recording needs. They provided high quality audio without any of the problems that came with vinyl. But the learning curve to play back reel-to-reels prevented them from truly dominating the market. As soon as audio cassettes were released, reel-to-reel recording became a strictly professional market.

Though reel-to-reel is a high quality format, the players are getting increasingly difficult to find. Working players are expensive, and broken players cost a lot to fix. Add to that the fact that using one of these machines is difficult, and means you could be incorrectly playing back the tapes. 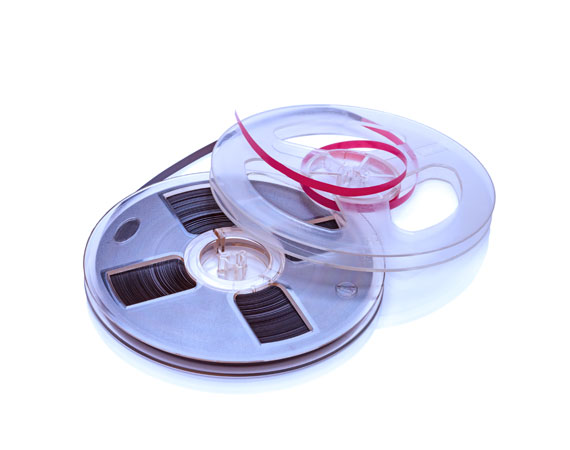